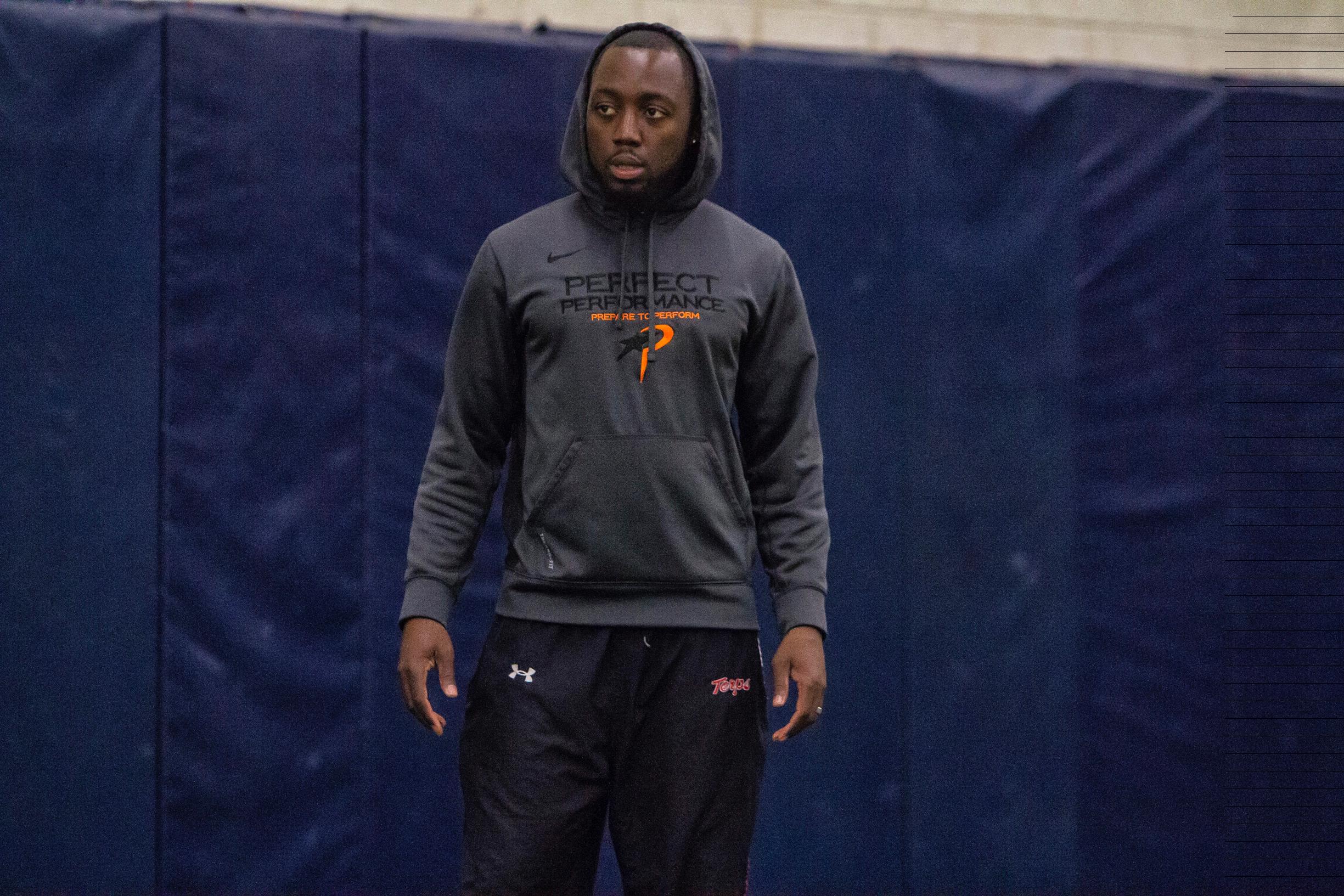 Professional:  Colin, a Prince Georges County native, brings a wide variety of experiences to the Perfect Performance family. He attended and played football for Eleanor Roosevelt High school, graduating in 2003. He later attended McDaniel College, a Division III school in Westminster, MD, where he became an All-Centennial Conference Cornerback his sophomore year. His stellar play garnered him a “preferred walk-on” opportunity at the University of Maryland playing under Ralph Friedgen. While at Maryland Colin saw time a nickel back and special teams. After college he would go on to play in the Indoor Football League (IFL) with Maryland Maniacs from 2009 – 2010. In 2010, Colin was a runner up for the IFL’s Most Improved Player Award. In 2011, Colin joined and started defensive back for the Tampa Bay Storm of the Arena Football League (AFL). In 2012, He played Defensive back for the Philadelphia Soul who would go on to play in the Arena Football League Championship, in New Orleans, LA

Coaching Philosophy: Colin’s approach to coaching is one that promotes diligence and consistency. He believes confidence is the foundation for a high level of performance always encourages his athletes to believe in their ability. His journey as a “walk-on” athlete transitioning from a Division III school to a Division 1 school has equipped him with not only the field skills but supplemental life skills necessary in maximizing an athletes high potential.